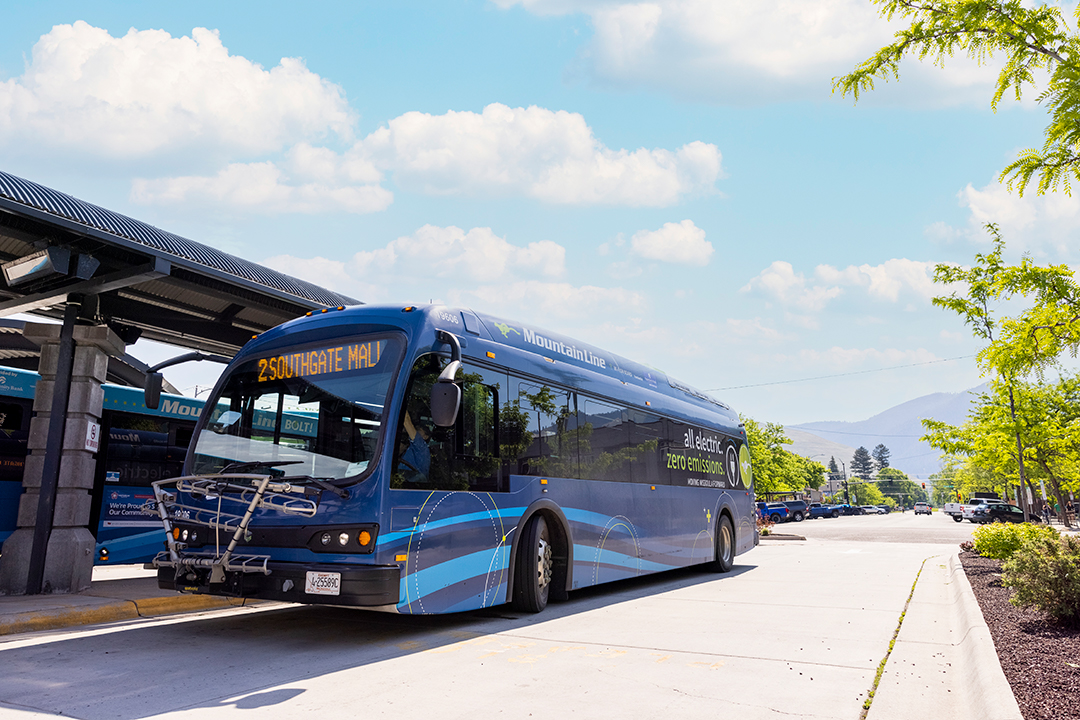 “This year’s submissions were some of the most competitive and outstanding that Awards Committee members have ever evaluated,” wrote APTA Awards Chair Jennifer Mitchell in the announcement letter. “The individual assessments of our members found your nomination to be the very best.”

Mountain Line underwent a robust review process, evaluating the agency’s performance over the past three years across multiple departments. The evaluation analyzed quantitative data, such as vehicle revenue miles and operating costs, and qualitative data, including safety, accessibility, financial management, and community relations.

“The national recognition that Mountain Line has received would not be possible without the hard work and dedication of all Mountain Line employees and the support of the City and County of Missoula and the residents of our district,” said Mountain Line Board Chair, Jesse Dodson. “The Directors of the board are proud to be part of the great things happening at Mountain Line that benefit us all.”

Some of Mountain Line’s accolades celebrated by APTA include the agency’s commitment to a zero-tailpipe-emissions fleet by 2035 and its rapidly-growing fleet of electric buses. With six battery-electric buses on the road and six more slated to enter service later this year, the agency’s fixed-route fleet will be 40% electric by January.

“Mountain Line is comprised of people who truly want to serve this community and are invested in its long-term health and sustainability,” said Mountain Line CEO and General Manager Corey Aldridge. “Our team’s dedication over the past three years to providing equitable, accessible service has been exemplary and we’re honored to receive this national recognition.”

Mountain Line was also celebrated for its Bus Stop Improvement Project, which is focused on improving safety, accessibility, and efficiency systemwide.

Currently, construction is in progress to add 68 more accessible boarding and alighting areas at existing bus stops and new tactile poles (distinguishable by touch) will replace old bus stop signage early next year. Several bus stops will also be moved to alternate locations to improve safety for all road users.

“We are ushering in a new era for Mountain Line with our Bus Stop Improvement Project and service expansions on the horizon in 2022,” said Aldridge. “Mountain Line’s success and innovation is owed in large part to the strong support of public transportation by our community and our Zero-Fare Partners, making this award a point of community pride.”

Mountain Line will be formally honored at the APTA Transform Annual Meeting and EXPO this November.

Mountain Line is committed to a zero-tailpipe-emissions fleet by 2035. The agency won the MTA statewide safety award in 2021 and has a long-standing commitment to clean air, public health and a more sustainable future. Mountain Line became a zero-fare system in 2015, made possible through partnerships with local government, businesses and nonprofits. Since the debut of Zero-Fare, ridership has increased almost 70 percent. During normal times, Mountain Line provides more than 1.5 million rides annually, helping students get to school, employees get to work, and helping seniors and people living with disabilities stay active, mobile and independent. By reducing the number of single vehicles on the road, lessening traffic congestion and investing in electric buses, Mountain Line benefits us all.